Before we start with media influence, we need to consider the human brain – as your subconscious mind is a hugely powerful entity.

Whilst its exact limits are undefined by scientific methods, many people believe that everything you ever do, see or hear is stored in your subconscious forever. At the very least, few disagree that your subconscious absorbs information without you consciously approving so – and then uses this information to direct your behaviour.

This means that you are in charge of a very powerful, yet very sensitive storage system. Given that you act and feel the way you do because of your subconscious beliefs, you must be very careful to control what you put into your brain.

Media influence is something you should certainly be aware of. After all, if you read newspapers, watch TV news or check online for the latest developments in the world, you are opening yourself up to be programmed by the media – often several times a day.

This would be fine, if the media influenced us by pumping us full of uplifting and motivational stories of human achievement, peace and happiness. If we were told that the world is a fun and exciting place, where people can achieve anything they put their mind to and do whatever they want with their lives, then these messages hitting our subconscious would create a naturally positive, productive and happy state of mind. 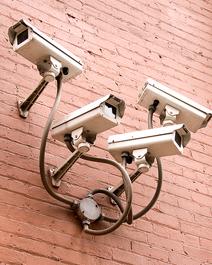 Instead, the media portrays us as living in a dark and sinister world, where crime and drugs and mayhem pervade. We appear to live in a dangerous age, where war is necessary for peace, and surveillance is necessary for safety.

To escape this hazardous and frightening existence, we are encouraged to buy lots of shiny new products to make our lives happier and more meaningful. If we buy what everyone else is buying, we will “fit in”, and our lives will suddenly become better and more fulfilled.

Alas, this indulgence in mass consumerism only leaves us feeling worse – and out of pocket – so we head back to the newspapers, filling our heads with more tales of corruption, war and terrorism.

We end up feeling fearful – worried, anxious and often a little powerless. In short, the media has successfully influenced us. The media has told us that the world has gone bad, and it has told us what we need to buy to make up for it.

There is another way – and all I want to do here is present you with a choice. You can choose to carry on as before – to continue letting the media influence you, and keep putting the depressing junk they package as “news” into your highly susceptible brain.

If you continue to read the news every day, you are exposing yourself to the views – and interests – of a few, very powerful people.

In the UK, for example, a lot of what we read and see is what Rupert Murdoch wants us to believe – as he controls Sky, Sky News, The Sun and The Times. He also runs Fox and Fox News in the US - and owns My Space. Murdoch even met Barack Obama before the Presidential election to broker a deal to portray Obama in a more favourable light – but only if he agreed to appear on Fox News more. Obama agreed – and suddenly Fox promoted an unequivocal pro-Obama slant. In short, we chose the leader of the free world based in part on his promises made to a billionaire media baron!

Do you really want your view of the world to be shaped by a man with this much clout - and such obvious conflict of interest?

Even the most honourable of people in his position would be highly tempted to spread a message of fear – after all, fear sells papers, and it keeps people tuned in to 24/7 news broadcasts. Additionally, here is a man whose businesses are primarily funded by advertising revenues. Do you think it is a coincidence that his media companies continually feature and promote the services of the very companies that advertise with him?

Given the amount of messages that are provided by these companies – and seeing that they provide a significant chunk of what the average American would watch, read and listen to every day – you’d have to really hope that the people responsible for these brands would have your best interests at heart. I’m a hopeless optimist, yet even I struggle to believe that this is the case.

So, what can you do? How do you escape these overt conflicts of interest and the continual fear-mongering? How can you begin to imagine that war is not necessary – we just think it is because the money-making military-industrial complex tells us it is? How do you forget about the recession, about swine flu, and about the “imminent” terrorist threats...?

How do you focus on your own life and stop letting people dictate your thoughts to you?

Stop buying newspapers. Stop watching the depressing nightly news. Stop flicking to news websites every hour or so to “catch up” on what you’ve missed. Stop watching advertising breaks that tell you what you need to buy.

Stop all media influence. Unplug from this system for seven days... and notice the difference.

I guarantee that within 7 days of unplugging, you will feel more upbeat, happy and peaceful. You will be returning back to your natural state – where there is no fear, no worry, and no madness. If you manage a month, I doubt you’ll ever go back.

This won’t be easy – believe me, I understand that getting the latest news is addictive. I bet you currently surf news sites every day - almost on instinct. But please make the effort. Just try 7 days with no media influence – and see how you feel after.See if you haven’t begun to think for yourself again.

I’m not saying you should never know what’s going on in the world. In fact, between walking past newspaper stands to catch the front page news every couple of days and catching up with colleagues and friends, you’re unlikely to miss a trick. You’ll almost certainly quickly realise that “being in the know” ain’t all it’s cracked up to be. 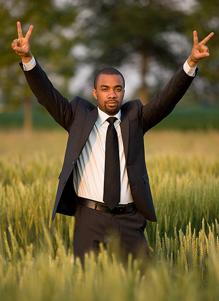 So, stop the media influence in your life – if only for a week. Choose your own beliefs of how the world works. I think you’ll find that your views are a lot more positive, when you’re left to your own devices.

Choose your own thoughts and feelings. Stop letting the media influence you - and choose your own reality. Life really does get better when its on your own terms.

So chill out, stop reading crap, and be excellent to each other. You'll probably notice that the world is a lot nicer place than the papers tend to make out.

The Power of Creative Visualisation

Why is Goal Setting Important?

How To Be Productive

Law of Attraction for Beginners

Viva la personal development revolution! Sign up for my FREE Personal Development Planet newsletter to receive unique content straight to your inbox to help you get motivated, make more money and visualise your success!

Newsletters are sent about once a month, and are crammed full of practical tips and advice – most of which is exclusive to members and won’t be found anywhere else.

PS - I hate spam and would never sell, rent, lease or otherwise barter your email address. It's bad karma!